Fact versus Fiction in a Novel Package of Women Photographers

As I’ve mentioned before on this blog, I’m currently writing a historical novel with a photographic theme. So naturally, whenever a novel about photography is published (which seems to be increasingly often these days), my antennae go up. I’m always interested to see how novelists handle the challenge of writing about photography, with all its technical, emotional, ethical and aesthetic aspects. I know how tough it is to get those elements in balance in the context of a gripping story.

The latest novel to take on this challenge is the extremely ambitious Eight Girls Taking Pictures by Whitney Otto. (Thanks, Julie Brown, for bringing this book to my attention!) As its title implies, Eight Girls tells the stories of eight different female photographers, spanning roughly a hundred years from the 1890s to the 1990s.

If you’ve ever wanted to get a feel for how women have contributed to photography without grappling with Naomi Rosenblum’s weighty A History of Women Photographers, this novel is definitely for you. Otto calls it “my love letter, my mash note, my valentine” to women photographers she’s loved throughout her life. They include Imogen Cunningham, Tina Modotti, Lee Miller and Ruth Orkin. Names have been changed (I’ll have more to say about that later), so Cunningham becomes Cymbeline Kelley, Miller is Lenny Van Pelt, Modotti is Clara Argento—and so on. In some cases, Otto tweaks their biographies too.

Of all the arts, women have arguably been allowed to contribute the most to photography. Reasons for this are many: they include photography’s emergence at a time when women were gaining independence, its hobbyist aspects (which allowed some women to begin at home as ‘dabblers’) and its initial status as a technical craft (which made it less threatening for women to be involved). Whatever the reasons, though, photography has long attracted the kind of strong, charismatic women who make for good fictional characters.

And sure enough, the women depicted in Eight Girls are all vibrant, unconventional characters. Each is a pioneer in her own way—whether she discovers a new technique or shows that children can be photographed unsentimentally. Each struggles to find her vision, but eventually manages to express herself transcendently through photography, with various personal costs.

The book unfolds chronologically, with each “girl” getting her own chapter. Otto focuses on how each woman struggles to maintain a balance between her art and her personal life. There are many challenges, which range from the inevitable -isms (sexism, conservatism, alcoholism, anti-semitism) to demanding husbands and children, wars, money problems and varying levels of self-doubt.

Over time, some of these conflicts repeat themselves across generations and some ebb, only to have new ones seep in. Cymbeline Kelley marries a bohemian painter who urges her, “Let’s not be like anyone else,” only to find herself tethered to her children and the domestic sphere while her husband blithely leaves for months on end to pursue his art. Forty years later, Miri Marx (based on Ruth Orkin) is also expected to stay at home with her children, and thirty years after that, Jesse Berlin is struggling to define herself against an artist husband. Progress can be elusive. As the elderly Cymbeline says to the young Jesse (who’s photographing her for something called the BelleFemme project), “I sometimes think things are harder for young women now then they were in my time.” 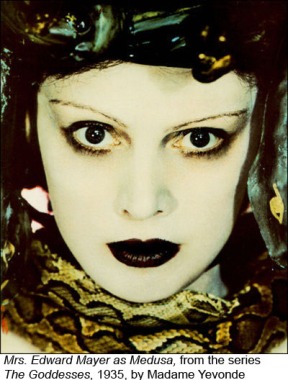 For me, one of the great pleasures of this novel was finding out about some amazing women photographers I didn’t already know about. For example, Madame Amadora, the subject of the second chapter, is based on the early twentieth-century British photographer Madame Yevonde. A literally colorful character, Yevonde pioneered the use of color photography in the 1930s, using the short-lived Vivex system. In her most famous series, The Goddesses, she photographed society women to look like goddesses from Greek and Roman mythology. The image at left shows how shockingly modern some of these images were.

Charlotte Blum, who gets one of the best chapters, is another fascinating character. She’s based on Grete Stern, a German photographer who, along with her partner Ellen Auerbach, won prizes in the 1930s for striking avant-garde advertising images. Jewish in Weimar Germany, Stern and Auerbach worked together as Ringl + Pit, their childhood nicknames (thinking ‘Stern and Auerbach’ sounded too much like a department store) until the rise of Nazism forced them out. Stern later emigrated to Argentina, where she made a wonderfully surreal series of photomontages called Sueños (Dreams) to illustrate a women’s magazine column on psychoanalysis. (The image below is from the series.)

Otto writes about these characters with verve and lyricism, tracing the threads of influence and coincidence that connect them. I haven’t read fiction by her before, so I wasn’t quite sure what to expect. I saw the movie adaptation of her bestseller How to Make an American Quilt, and I remember thinking it was ok, if a bit sentimental. But I was impressed by her research, descriptions and characterizations here. For an author who straddles the divide between literary and popular fiction, she’s a pretty decent writer.

It’s all a lot to manage, though, and I have to confess that the eight stories and all their plots and minor characters got a bit overwhelming. Details got lost, and because all the chapters were written with the same blend of omniscience and close third person voice–not to mention the fact that many of the women had similar personalities–they often merged together. It didn’t help that I was reading this on a first-generation e-book reader that didn’t allow me to flip back and forth easily to refer to earlier sections. I would have liked it if Otto had worked a bit more to distinguish her eight protagonists from each other. 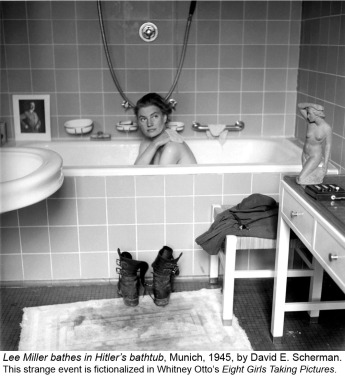 Compounding this difficulty was the fact that I was constantly in the process of comparing fact and fiction. Perhaps Otto thought that changing her heroines’ names would make it easier for readers to get caught up in their stories, but for me it was the opposite. Each chapter felt like a mystery: so who’s who here? I gave myself brownie points for every character I correctly identified: Morris Elliot is Edward Weston, Angel Andrs is Ansel Adams (not hard!), Tin Type is Man Ray, and so on. Confusingly, Otto isn’t consistent about her name-changing policy: Ansel Adams never appears directly but gets a name change, whereas Diego Rivera makes a cameo appearance as himself. And Lee Miller is mentioned in a late chapter, which is strange given that the earlier Lee Miller chapter casts her as Lenny Van Pelt.

Admittedly, this might not be such an issue for readers who don’t know about these characters’ real-life analogs. I only knew about some of them, but even so, I found it a little distracting.

I could go on for a long time about the issue of changing names in historical fiction, because it’s something I’ve thought about a lot with my own novel. It’s a fraught issue. Historical novelists who don’t change real names open themselves up to easy criticism–but when novels keep the biography of a famous person intact and change the name, it can be annoying too. In the recent novel Waiting for Robert Capa (which I wrote about in a previous post), Spanish novelist Suzanna Fortes kept real names, and took some heat for sentimentalizing Capa and Gerda Taro’s relationship. But first-time novelist Gaynor Arnold faltered in her 2009 novel Girl in a Blue Dress, where she changed Charles Dickens into Alfred Gibson. I understand why she didn’t want to take on the mighty Dickens’ legacy, but the reinvention suffered by comparison–after all, who could hope to make up better names and characters than Uriah Heep, Abel Magwitch and Ebenezer Scrooge?

There are times when a novelist is only loosely inspired by a famous person. In that case, I think a name change makes sense. A case in point is one of my favorite photography-themed novels, Helen Humphreys’ luminous Afterimage. Humphreys was inspired by Julia Margaret Cameron, but changed Cameron’s life story significantly enough that the change of name to Isabelle Dashell seemed appropriate.

It’s a fraught issue, but in general, I’m for keeping real names wherever possible, because I think readers are sophisticated enough to know they’re reading fiction. The reason for fictionalizing a known person’s life is because you want to get inside that person’s head and present the inner life that accompanied their famous acts. Done well, that can be amazingly satisfying. It gives you a visceral sense of what it might have been like to be walking around in the skin of the character. If that’s not what you want, go read a biography.

In Eight Girls Taking Pictures, Otto is caught in the middle. In the case of the two contemporary women characters (based loosely on Judy Dater and Sally Mann), I can see why she wouldn’t want to use real names. These women are alive, and it could seem indelicate to write about their intimate thoughts. Mann’s is probably the story Otto changes most: Jenny Lux’s images (and the controversy they cause) are clearly based on Mann, but the story takes place in California’s Napa Valley, a very different landscape from Mann’s native Virginia.

With the earlier women, though, Otto seems to have stuck very closely to the known biographies. Since her novel will be an introduction to the work of these women for many readers, I kind of wish she’d been able to use their real names. As I said above, with this volume of characters, working out who everyone was in the context of the novel was hard enough without playing the guessing game of who was whom in real life. 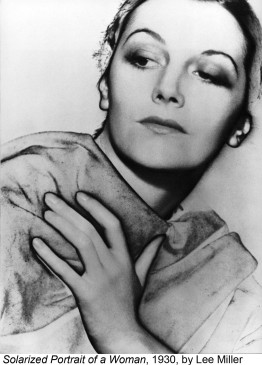 I don’t say this to discourage anyone from reading Eight Girls. The novel is based on eight fascinating women, and Otto has largely done them justice. Each chapter is absorbing and evocative. But be warned: take your time with the book, and make sure to read it in a format where it’s easy to flip back and forth. Then when you’re done—or while reading—go check out these women photographers’ wonderful images, starting with the resources below. That’s something you definitely won’t regret.

Madame Yevonde: An official site about Yevonde Cumbers Middleton (aka Madame Yevonde) with galleries of her images.

Ringl + Pit is a documentary movie that tells the story of photographers Grete Stern and Ellen Auerbach.

Portraits of Women, 1964-2004, by Judy Dater (on whom the Jesse Berlin character is partly based)

This entry was posted on December 13, 2012 by sarahjcoleman in Books, Novels.